Turbo is a $100 shipped maxSpeedingRods "50 trim" with a T3 flange and 2.5 v-band exhaust housing

Fans are from a Chrysler Sebring, with the shroud cut in half

This is my 1989 Dodge Daytona ES. For those who do not know, these cars are the decedents of the K car platform that Chrysler designed in the 80's. The K car platform and it's siblings were eventually what the SRT-4 and PT GT would become.

The backstory on this car is I bought it for $600 back in 2015. It was so cheap because the previous owner basically left it to die in the parking lot of his apartment building because the transmission was leaking and they wanted it gone. The main purpose of the car was for me to have a vehicle I could learn the basics of maintenance from and drive around as my fun little 100HP car. With the help of my friend DJ we got the entire suspension rebuilt, new bearings all the way around, new brakes and goodies all around, and fixed minor issues on the vehicle that previous owners never got around to fixing. Like the headlights going up and down, the cooling system, and odds and ends.

Eventually the car would become DJ's daily driver for a couple of years where he drove it everyday without much trouble.

Though it did finally have an issue that a simple few minutes couldn't fix - The head gasket straight up decided cylinders 2 and 3 should share their duties. So I got to replacing the head gasket and while I was at it, I installed some Chrysler minivan V6 valve springs and PT Cruiser lifters in the head. All done underneath a walnut tree on a 2x8 on two saw horses

Ironically right as I was tightening the head bolts on the Daytona - My now wife calls me telling me her PT Cruiser GT is overheating and blowing coolant all over the ground.

So long story short, you fix one head gasket and another one gives out. So it became she drove it around for about 6 months or so.

Over those six months we started to realize the car was drinking or at least dumping oil out of the engine almost as fast as you could pour it in. The last trip it took was a 60 mile journey where it started with 7qts of oil and ended with none. The engine never knocked or anything but it was definitely time to retire it. Which it sat in a yard for about two years or more.

Then comes the end of 2019 and my wife needs a car that gets really good fuel economy. Being as I already had the car and it got 34mpg easy, I figured it was time to put it back into the fleet.

But here came the complications

Here it is today. Completely made up of hand made parts, trash, and Chinese garbage.

To give a quick run down on the whole car:

For the power train it is using the original throttle body injected crank. It has a 2.2 common block given to me from a friend in St. Louis, it was very rusty and I had to use electrolysis to get it back to life. The rods are two sets of 2.2L T2 rods put together to make one nice set, one set was from the rusty block that also got the electro treatment, and the other was a 500HP stock bottom end car that decided one rod needed to be shorter than the others. The pistons I got a super lucky deal on eBay for $30 shipped, factory original Mahle pistons for a 2.5L turbo that were for a .030" over bored engine. The head was from some one on the Turbo Dodge forums, the cam is the original TBI cam, the lifters are from a 2005 PT Cruiser, the valve springs are from 1998 Caravan, the retainers are from an LS motor The valve cover is from the original 2.5 engine. The head studs were a used set I got online for $50. The head, intake manifold, injectors, distributor, and a few odds and ends were bought from the forums as well. The exhaust manifold was modified to fit a T3 manifold instead of the Ford/Chrysler flange. It seems to also be ported. The turbo is a $100 shipped eBay T04e. The throttle body is from a 3.8L caravan.

For the transmission it's using the original 3-speed auto I got it with, which is very disgusting inside and most likely going to explode after one good hit.

The harness is from an unknown car spliced together with the original TBI harness and repaired by my buddy DJ.

The radiator is the good ol' $40 eBay Honda rad, with a Chrysler Sebring fan and shroud cut in half bolted to it.

The inter cooler is an MR2 style inter cooler mounted with home made brackets. The pipes are made from a $70 shipped kit, tig welded together by a friend of mine.

The wheels are my PT Cruisers original wheels with 3D printed wheel inserts.

The hood was bought from a friend for $20.

The exhaust was made from stainless steel from Amazon, a Ford F150 3&amp;quot; exhaust, and the factory exhaust from an LM7 powered GM truck. 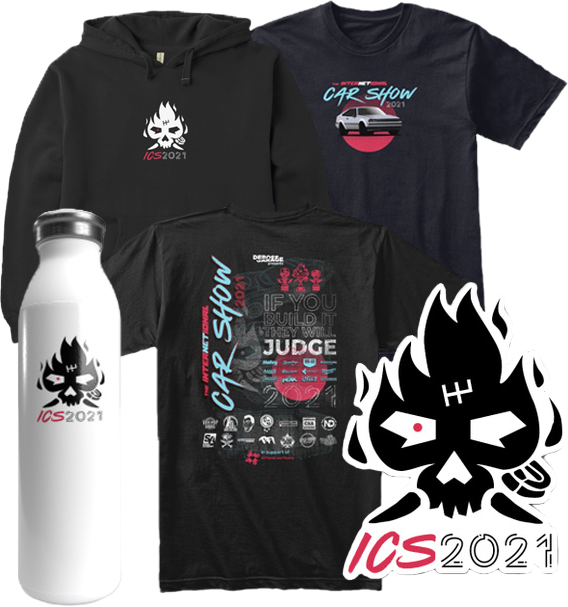